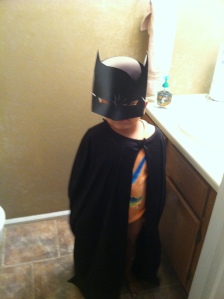 NICK: I thought of a monster.

NICK: It’s a pumpkin. With no legs.

ME: How does he get around?

ME: What does he do to scare them?

NICK: HE THROWS SPIDERS IN THEIR EYES!

ME: My God. That’s terrifying. A pumpkin that hops everywhere and throws spiders in people’s eyes.

ME: Where does he live?

NICK: HE LIVES IN A POOP TOILET!

ME: I like this game. Let’s think up some more monsters.

ME: Remember a few weeks ago when you thought up that monster?

ME: The pumpkin that threw spiders in people’s eyes. Remember that?

ME: Well, I think we should think of some more monsters.

ME: No, wake up and let’s think of some monsters so I can put it on my blog.

NICK: This is boring.

ME: Okay, I’ll start. I’m thinking of a monster that has four eyes. Now you go.

NICK: And he has a butt on his head.

ME: That’s awesome. What else?

NICK: Nothing else. Just a butt on his head.

ME: Okay. Now I’m thinking of a monster… and he’s made out of french fries. You love french fries! What else is wrong with him?

NICK: He has a butt on his head.

ME: We already did that. What else?

NICK: He has a butt on his head but he poops from where his old butt used to be.

ME: You’re not trying very hard.

ME: Okay, let’s think of a monster that doesn’t have anything wrong with his butt. This monster’s name is “Normal Butt Man.” He doesn’t have a butt on his head. There’s nothing unusual about his butt. Tell me something else about him.

NICK: He lives in a house.

NICK: And it has a butt on it.